We are excited to offer in-person institutes & camps for Summer 2022!

Campers will be instructed on every aspect in the game of basketball. Each day will consist of stations, team and individual contests and games!

Camp Summary:
This camp is held on the Alfred University campus in our recently remodeled Galanis Family Arena in the McLane Center and is for boys and girls entering ages 6-16. Campers will be instructed on every aspect in the game of basketball. Individualized instruction will be provided in a fun-filled environment! Each day will consist of stations, team and individual contests and games.

Prior to New Paltz, he spent one season as the student assistant for the Oneonta State men’s basketball team, after a few years shadowing Head Coach Vince Medici.

While leading the Saxon women's basketball program, Coach Moskowitz has changed the culture to one that excels both on the court and in the classroom as his teams have achieved a 3.0 GPA or higher during each of the semesters while at the helm including three, consecutive semesters above a 3.5 GPA. His Saxons have had six inducted into the Chi Alpha Sigma athletic academic fraternity and have had semester listings 23 times on the Empire 8 President's List by 13 different student-athletes, carrying a GPA of 3.75 or higher in a semester.

On the court, the Saxons have had the most Empire 8 wins since the 2010-11 season, hitting that mark in 2018-19 and again in 2019-20. In the 2020-21 season, the Saxons led the Empire 8 in 3-pointers made per game, turnovers forced and overall turnover margin. All three categories have had the Saxons in the Top-3 in the E8 during Coach Moskowitz's tenure at Alfred University.

Coach Moskowitz and the Saxons have also been highly involved within the local communities, logging in hundreds of hours of community service all throughout the region in areas such as Alfred, Hornell and Belmont. The Saxons have participated in events such as community clean-ups, Kid's Night Out via the Hornell YMCA, geriatric outreach, elementary school reading programs, fundraising initiatives and cancer awareness events including the Play4Kay Breast Cancer Awareness Game in memory of Kay Yow, former women's collegiate basketball coach who passed away from breast cancer in 2009, raising over $1,900, nearly doubling their goal of $1,000 in February of 2020.

Coach Kaempffe was appointed the 16th head coach in the 113-year history of the men’s basketball program in June 2021.

Kaempffe arrives to Alfred after spending four years as an assistant coach with the Rensselaer Polytechnic Institute’s (RPI) men’s basketball program, serving in a plethora of roles including recruiting coordinator, scouting director, and academic coordinator for the teams’ upperclassmen. Working alongside head coach Mark Gilbride, Kaempffe was instrumental in the turnaround of RPI hoops, as the team went 53-28 over the last three seasons, the best three-year stretch in the last 27 years. The RPI squads routinely ranked among the nation’s best defensively; the 2019-20 squad finished third nationally allowing 60.9 points per game and 11th with 281 steals. That team finished as Liberty League Regular Season Champions for the first time in program history with a 17-1 conference record, finishing the landmark season with an NCAA Tournament appearance, advancing to the second round to finish with a program-best 24-5 record and the team’s first-ever D3hoops.com ranking (No. 24). Kaempffe and Gilbride were named as the Liberty League Coaching Staff of the Year for their efforts.

During his first season with Alfred University, Kaempffe led the Saxons to a 17-10 overall record with an appearance in the Empire 8 Championship Semifinals. Out of 420 teams nationally, the Saxons recorded one of their best defensive seasons in program history, finishing in the top 50 in three-point field goal defense (27.1%), scoring defense (64.1 per game), rebound margin (+6.4 per game), and field goal percent defense (40.3%). Among the Empire 8, Alfred led the conference in three-point field goal defense and opponent rebounding (33.3 per game).

Kaempffe has set a high standard for the Saxons off the court as well, with a total of seven different student-athletes placing on the Empire 8 President's List, carrying a 3.75 GPA or higher in a semester.

In 2020, Kaempffe was one of only two Division III assistant coaches to be named to the National Association of Basketball Coaches (NABC) Under Armour 30-Under-30 list, which honors the top 30 outstanding college coaches in the country under the age of 30. In all, Kaempffe aided in the development of seven All-Liberty League selections, including 2019-20 NABC East Player of the Year and first-team All-American Patrick Mahoney.

Prior to arriving at RPI, Kaempffe spent the 2016-17 season as an assistant at Oswego State. Kaempffe served as the Director of Player Development while at Oswego, while also serving as the Academic Coordinator, Recruiting Coordinator, and Director of Scouting. That team finished with a 21-7 record, winning the SUNYAC regular season and tournament titles.

Kaempffe started his collegiate coaching career at Ithaca College, serving as a graduate assistant for the 2015-16 season. He recruited two student-athletes who would become 2019-20 All-Liberty League First Team selections in Sebastian Alderete and Riley Thompson. He earned his master’s degree in sport and exercise science and sport psychology in 2016.

Outside of the college ranks, Kaempffe also has experience working camps and clinics at Dartmouth, Holy Cross, Siena, and Yale, as well as with summer programs as a head coach.

A 2015 graduate of Wells College, he played four years of basketball as a guard for the Express. A two-time captain, he set the school single season record for three-point shooting percentage (47.6), while ranking in the top 10 in single season free throw percentage (2nd; .917), career games played (3rd; 81), career free throw percentage (5th; .736) and career assists (7th; 91). He was the program's Lesley Mead Express Award recipient twice and a North Eastern Atlantic Conference Scholar Athlete honoree three times. He also played golf, earning the team's Rookie of the Year award in 2011-12. A member of the Student-Athlete Advisory Committee, Kaempffe was inducted into Phi Beta Kappa before graduating summa cum laude with a Bachelor's degree in Business and Entrepreneurship.

A North Rose, N.Y. native, Kaempffe also had a solid high school basketball career at North Rose-Wolcott, as he was named the 2011 Wayne County Player of the Year and a two-time first team All-Wayne County selection.

How to Enroll:
Complete the CampDoc Online Registration Form (We support the current and previous major releases of Google Chrome, Firefox, Microsoft Edge, and Safari on a rolling basis.)

Acceptance:
The program directors will evaluate all applications and determine who will be accepted. Acceptance and non-acceptance notifications will be sent via email. Once campers are accepted, they will be directed to pay the camp tuition and will be provided with the official schedule and online platform information.

Questions?
For further general information please contact the Office of Summer Programs at 607-871-2122 or via email.

Alfred University is located in the peaceful village of Alfred in Western New York State, where summer days are warm and nights are cool and comfortable. Surrounded by rolling hills and beautiful meadows and valleys, Alfred University is the perfect place to spend an enjoyable week improving your swimming skills and meeting other students with similar interests and abilities.

The campus, a 6-hour drive from New York City, 2 hours from Buffalo and 1 1/4 hours from Rochester, is easily accessible by car or bus from all directions and is located just five miles south of Interstate 86. The nearest major airport is the Rochester International Airport (about 65 miles north). Transportation to and from that airport can be provided for an additional charge if we receive your request by June 14. After that date campers should make their own arrangements with an airport limo service.

The University may cancel any course or activity at any time because of insufficient enrollment or other unforeseen circumstances. If a program is canceled or postponed, the University will refund registration fees, but cannot be held responsible for other costs, charges, or expenses, including cancellation/change charges assessed by airlines or travel agencies. 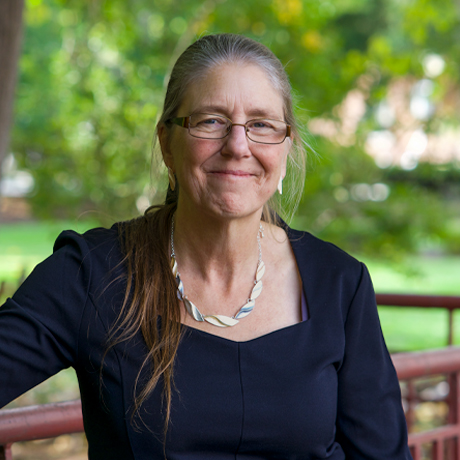 Joyce and Walton Family Center for Health and Wellness