CAMPS HAVE BEEN CANCELLED FOR SUMMER 2020

The Alfred University Soccer Camp is for boys and girls aged 5-14. Players are divided up by age and ability. Individual campers or whole teams are welcome to come experience our super positive and fun environment.

Purpose: Summer soccer fun on the grounds of Alfred University.

We will again be using CampDoc for our online registration system. We are again partnering with CampDoc (an online registration program) to better serve our campers and staff. CampDoc offers online registration and an electronic health record system for campers. The CampDoc site is secure, encrypted and password protected. Only Alfred University Summer Health Staff will have access to camper health information.

The Alfred University Soccer Camp is for boys and girls aged 5-14. Players are divided up by age and ability. Individual campers or whole teams are welcome to come experience our super positive and fun environment.

If attending as a team, our staff will discuss with your coach the areas that they would like our staff to concentrate on by their importance. Our staff will then implement and work closely with your coach to ensure that the camp is specialized to the individual needs of your team. We are confident that the quality of this team camp will meet and exceed players and coaches expectations.

The Alfred University Soccer Camp is staffed by college coaches. The teaching of team and individual skills will be a daily focus and each activity is taught in a fun and somewhat competitive manner that is easy to understand. The exercises used to teach players at the Alfred University Soccer Camp parallel game situations via small sided games, technical training and scrimmages.

The camp will be directed by Alfred University’s Men's and Women’s Head Coaches Tracy Blake and Craig Yanni. 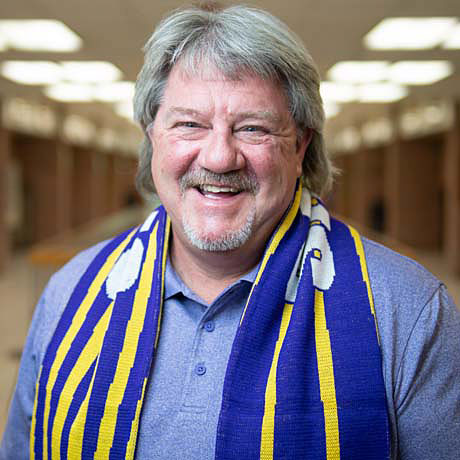 Tracy joined Alfred University in February 2017 as Head Coach for AU’s Men’s Soccer team. In his second year as Head Coach, Blake led AU to its fifth Empire 8 Championship tournament in program history. The Saxons finished the season second overall – the highest finish in the Empire 8 in program history, with a 5-2 record conference record; another program record in the Empire 8. He came to AU from SUNY Cortland where he served the 2016 season as an assistant and goalkeepers coach for the women’s soccer team. He served in the same capacity for the SUNY Oswego women’s team from 2015-15 and prior to that served the 2012 season as assistant coach for the Cayuga Community College men’s team.

A native of Bolton, England, Blake has more than 30 years’ experience as a youth club coach – Nevada, Pennsylvania and New York – and currently serves as head coach of the Lakefront Soccer Club in Webster, NY and New York West, an Olympic developmental program. He also has prior experience at the high school level, serving as head coach of the girls’ team at Keystone Oaks High School in Pittsburgh from 2007-12.

Blake is a veteran of the United States Air Force, and served as a player and assistant coach on the US Air Force All-Military team from 1983-89. He earned a Bachelor of Arts degree in sports recreation management from Ashford University in 2012. 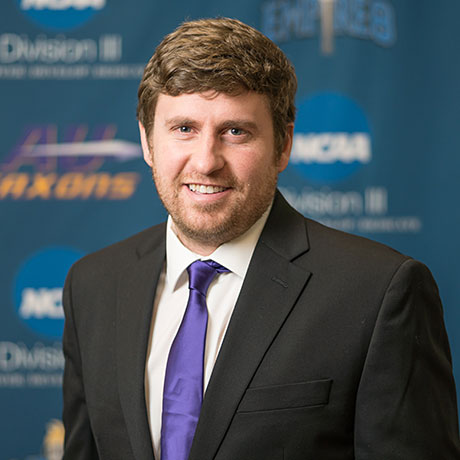 Craig has been with Alfred since 2012 where he served as an assistant in charge of coaching goalkeepers from 2012-2017 and transitioned into the Head Coach position in the fall of 2017. In his first season as head coach he led the team to a 7-9-3 overall record and 3-3-2 record Empire 8 play, earning the teams’ first berth to the Empire 8 Championships. Four Saxons earned a spot on the Empire 8 All-Conference team, a program record since joining the Empire 8 Conference. Coach Yanni has extensive coaching experience at the collegiate and high school levels. He was head coach at Medaille College in Buffalo, NY, for the 2011 season. He was also assistant at Medaille for four years (2007-2010), serving as goalkeepers coach for three of those four seasons.

Yanni is a 2007 graduate of Medaille College where he played on the men’s soccer team before earning a bachelor’s degree in business administration. At Medaille, he earned several honors including Allegheny Mountain Collegiate Conference (AMCC) First Team All-Conference; AMCC Academic All-Conference; and NSCAA/Adidas All-East regional academic honors. In 2009, he earned a master’s degree in business administration, also from Medaille.

Registration: Fill out our online application (We support the current and previous major releases of Google Chrome, Firefox, Microsoft Edge, and Safari on a rolling basis.). Registration fees are due by the enrollment deadline.

Once accepted, campers will receive documents that including medical, emergency contact, and parental permission forms. These forms are required to participate in the camp.

BONUS: from 11-12 each day the campers will have the option to go work with our Women’s Lacrosse Coach Erin McGaffigan to learn the game (sticks will be provided)

Cancellation Policy
Full refunds will be made for camper cancellations received by July 1.

Questions?
For further general information please contact the Office of Summer Programs at 607-871-2612.

Alfred University is located in the peaceful village of Alfred in Western New York State. Surrounded by rolling hills and beautiful meadows and valleys, Alfred University is the perfect place to spend an enjoyable week doing something you love and meeting other students who share your interests.

The University may cancel any course or activity at any time because of insufficient enrollment or other unforeseen circumstances. If a program is canceled or postponed, the University will refund registration fees but cannot be held responsible for other costs, charges, or expenses, including cancellation/change charges assessed by airlines or travel agencies.

Merrill Field at Yunevich Stadium is the home of the Saxons’ varsity football, lacrosse, and soccer teams, and is also used for intramural sports such as soccer and flag football. Combining the rosters of those teams with...