Alfred University typically offers many sports camps during the summer. For 2021, we are pleased to announce that several camps will be available on-campus for in-person instruction.

Camp Summary:
This camp, held on the Alfred University Tennis Courts, is for student athletes entering grades 6 through 12. Training at the beginner through advanced levels will be provided and will include: 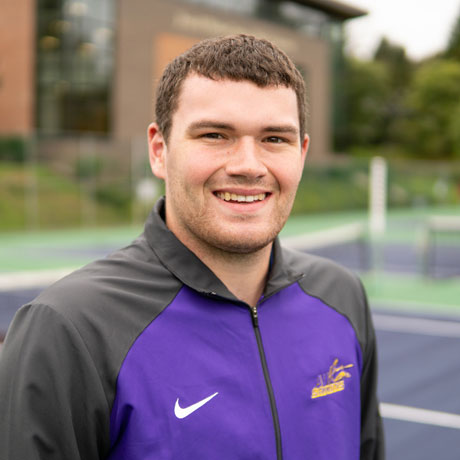 Jordan Crouch is the 15th Head Coach in men's tennis history and the 14th Head Coach in women's tennis history. He led both the men's and women's teams to the Empire 8 Championship tournament during the 2018-19 academic year - marking the first time both teams made it to the Empire 8 Championships in program history. Aside from coaching, Crouch also serves as the Life Skills Coordinate for AU student-athletes.

Crouch was named the Head Men’s and & Women’s Tennis Coach and Life Skills Coordinator after a national search that began in June of 2018.

Crouch comes to AU following a four-year tennis career at Houghton College, a fellow member of the Empire 8 Conference. He was a three-time Empire All-Conference honoree, earning Second Team honors in singles and doubles in 2017-18 as well as Second Team singles in 2016-17. During his senior campaign he posted a 9-3 overall singles record, including a 7-1 record in Empire 8 play, helping the Highlanders to the Empire 8 Championship match for the first time in program history. He added to his win total, going 9-4 in doubles play during his senior year.

Acceptance Next Steps:
The program director will evaluate all applications and determine who will be accepted. Acceptance and non-acceptance notifications will be sent via email. Once campers are accepted, they will be directed to pay the camp tuition and will be provided with the official schedule and online platform information. Any questions should be directed to Jordan Crouch.

Adjacent to the James A. McLane Center and the Joyce and Walton Family Center for Health and Wellness are six regulation-sized tennis courts. The courts are used for men's and women's varsity tennis, intramurals and...