The guzheng (Chinese Zither) is a traditional Chinese musical instrument. It is also one of the most ancient Chinese musical instruments with 2,700-year history according to the historical records. and has always been popular in China. Guzheng is considered as one of the main chamber as well as solo instruments of Chinese traditional music. Guzheng is the ancestor of several Asian zither instruments, such as: Japanese koto, Korean gayageum, Mongolian yatga, and Vietnamese dan tranh.

Zhongbei (Daisy) Wu is an award-winning Guzheng (or Chinese Zither, a traditional Chinese instrument) artist. She is now the Associate Director of the Confucius Institute at Alfred University, a Visiting Associate Professor of Music in the Performing Arts Center of Alfred University, and the Founder and Artistic Director of Alfred University Guzheng Ensemble. Daisy is guest soloist for the “A Musical Feast” Concert Series, and guest soloist for MostArts Festival. She is also the Judge of New York International Chinese Instruments Competition.

Daisy started playing Guzheng at age of 9. She received her B.A. in Music Education from Hunan Normal University, and her Master’s degrees in ethnomusicology from the Musical Research Institute of the Chinese Arts Academy in Beijing, considered internationally the most prestigious institute for Chinese music studies. She is the member of Chinese Musicians Association, the Judge of National Guzheng Performance Level Examination of China, and the deputy director of Tianhan traditional Chinese Orchestra of Hunan province, China. She was previously an Associate Professor of Music and the Director of the Traditional Chinese Orchestra in Hunan University of Commerce. She received two ‘National Awards of Excellence in Teaching’ in China in 2004 and 2005 for her teaching achievements.

Daisy is a pioneer who teaches Chinese instrument Guzheng as the credits courses in the University of America. She moved to the US as a Visiting Associate Professor of Music in 2010 and began teaching Guzheng courses “Guzheng: Music of China” and “Guzheng Ensemble” in the Performing Arts Center of Alfred University. Under her instruction, the Alfred University Guzheng Ensemble won Gold Medal in New York International Chinese Instruments Competition in 2016.

Daisy is also a master of contemporary music. She has been exploring new directions for Guzheng and combinations with other instruments in a contemporary experimental way. From play jazz to concerto with symphony orchestra; from concretive improvisation to electronic music; she is a dynamic performer and innovator. She played her original composition music in the Music Festival of the International Society for Improvised Music in Canada, in the Art Center of Buffalo, in Burchfield Penny Arts museum in Buffalo.

Her work and achievements have received a lot of attention from media both in China and the US, such as the China Daily, World Journal, Buffalo News, Finger Lakes Times. In February 2015, she accepted the exclusive interview from Sinovision’s “New York Lounge”, the largest U.S. based Chinese language television network.

Connect with the MostArts Festival

Donate now or contact our Artistic Director with questions: 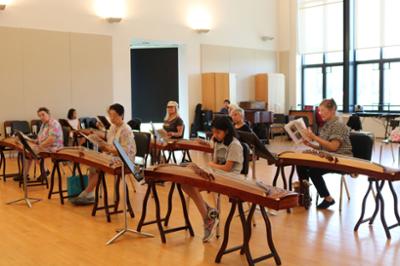 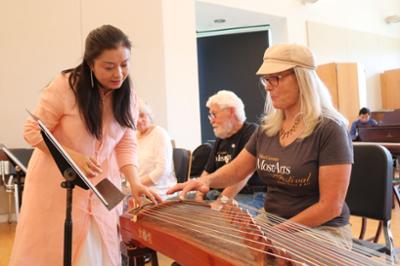 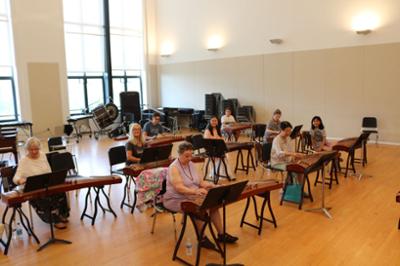 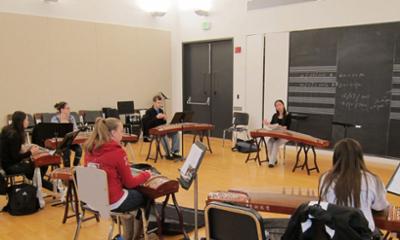 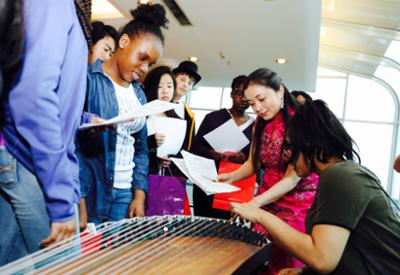 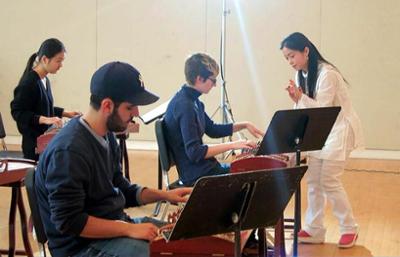 No upcoming events are set to take place at this time. Take a look at all events for more.