Alison Nguyen is a New York-based artist working in film, video, photography, and installation. She uses these forms to raise questions about the circulation of images and the cultural surrounding. Often integrating re-appropriated footage from mass media, Nguyen investigates systems of control found within the visual codes of this material. Alison Nguyen (b. 1986) graduated from Brown University with a BA in Literary Arts. Selected screenings and exhibitions include: The Whitney Museum (in collaboration with expanded cinema group, Optipus), Palace Film Festival, The Manhattan Independent Film Festival, Satellite Miami, and BOSI Contemporary. She has received awards and residencies from NYSCA, Vermont Studio Center, Flux Factory, The Santa Fe Photographic Workshops, and Brown University. 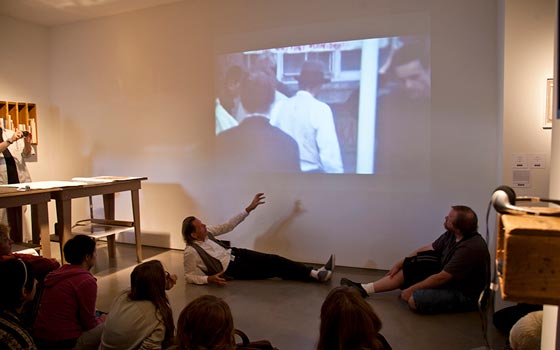 The Institute for Electronic Arts is dedicated to the integration of electronic media within the fine arts disciplines through a focus on art making, research, and education. In recognition of this integration, the Institute for Electronic Arts will develop working partnerships with industry and other organizations. To identify the needs of contemporary artists, the Institute will support evolving electronic studio research labs, host national and international conferences, and establish...