Hank Linhart is a media artist currently based in the Northern Catskills.

He has made over 40 short videos which have been screened nationally and internationally: DAAD, Berlin; ICA, The Power Plant, London; Anthology Archives, Limelight, The AIR Gallery, The Kitchen, Donnell Library, NYC, Hallwalls, Uniondocs, Artist Space, NYC; The Pleasure Dome, Laforet Museum,Tokyo, Seattle Video Shorts, Minor Injury, Quiet Life, El Centro, Williamsburg BK and Microscope Gallery, Bushwick, BK He has an undergraduate degree in Sociology / Political Science, Roanoke College; post graduate studies in the philosophy of art, and sculpture SUNY College Fredonia; and graduate degree from the Center for Media Studies, SUNY, Buffalo. At Buffalo he studied with Steina and Woody Vasulka, and later with Tony Conrad. The short videos were primarily made during artist residencies at the Experimental Television Center, first in Binghamton and later in Owego, NY. Linhart lived in Ithaca and was a co founder and Coordinator of the Ithaca Public Access Channel where he Produced two weekly shows – “Are We On ? “ and “ Punk Out." Linhart formed a videoband with composer Joshua Fried, The Lubies, in the days prior to MTV. Situations would be created for an interweaving of audio and video analog signals and the artists would perform. These performance videos played in clubs, galleries, and museums - Ithaca, Hallwalls, and notably the Mudd Club in Manhattan. Linhart organized a sculptural installation / political protest at Chase Manhattan Plaza in Manhattan against the mining of the Nicaraguan Harbors. A film/ video of this event was screened in the Brooklyn Underground Film Festival and the Occupy Wall St Film Festival at Uniondocs. 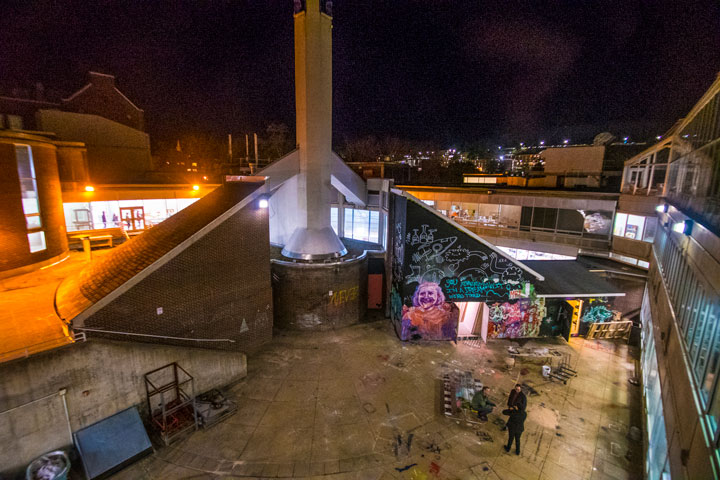