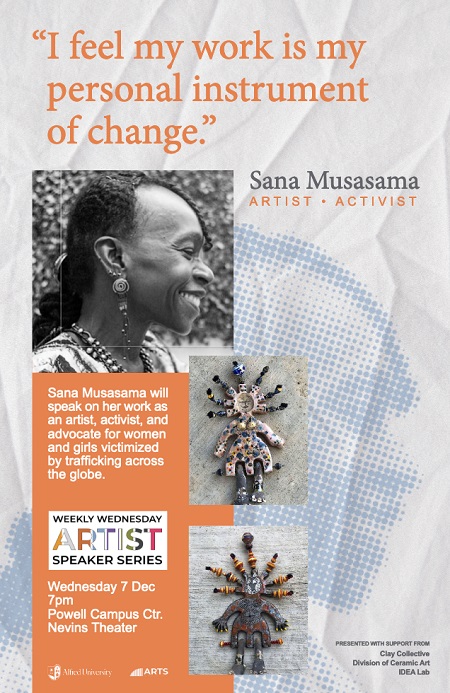 Sana Musasama will speak on her work as an artist, activist, and advocate for women and girls victimized by trafficking across the globe.

Sana Musasama received her BA from City College of New York, NY (1973) and her MFA from Alfred University, NY (1988). Musasama began traveling as a way to recover identity and cultural place. Clay was a geographical catalyst that brought her first to West Africa. She studied Mende pottery in Sierra Leone (1974-75) and ventured later to Japan, China, South America and Cambodia. She has continued her quest, expanding her interests to tribal adornment practices in various indigenous cultures. She is challenged by the concerns surrounding the safety of women, specifically the rituals involving rites of passage, female chastity and the “purification” of the female body.

Musasama’s travels have transformed her and her approach to clay. Realizing that clay is universal, she believes that there is no dichotomy between her life and her work. Her trekking has taught her valuable lessons in observation, her mission speaks of a global citizen who walks through the artwork, heart first. Musasama’s work is informed by history, women’s studies, culture and her travel journal.

The lecture is sponsored by IDEA Lab, Division of Ceramic Art, Clay Collective 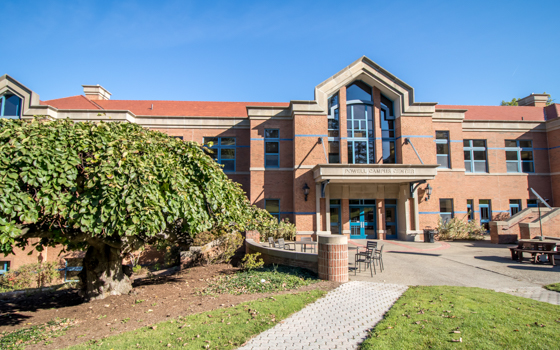 One of the finest centers for academic and social activities of its kind, Powell features a cafeteria-style dining room with panoramic hillside views, a state-of-the-art surround-sound movie theater/forum, an "open air" food court, a night club, the Student Experience Suite, student organization offices, a multi-cultural center, meeting rooms, a formal Alumni Lounge, the University bookstore, the Center for Advising, the Public Safety Office and a TV lounge.