Alfred University consciously and intentionally recognizes, acknowledges and honors that it sits on the traditional and ancestral lands of the Onöndowa’ga:’ or “Great Hill People.” With a proud and rich history, the Seneca Nation of Indians, also known as the Keeper of the Western Door, are the largest and westernmost of the Six Nations that constitute the Haudenosaunee Confederacy of Nations, a democratic government that pre-dates the United States Constitution.

This territory is covered by The Dish with One Spoon Treaty of Peace and Friendship, a pledge to peaceably share and care for the resources around the Great Lakes. It is also covered by the 1794 Treaty of Canandaigua, between the United States Government and the Six Nations Confederacy, which affirmed the rights and sovereignty of both the United States and the Haudenosaunee.

Today, Alfred NY, Allegany County and New York State at-large are still home to Seneca people who continue to assert their tribal sovereignty. They act as caretakers and stewards of this land while actively maintaining their culture, ceremonies and languages on this territory. By offering this land acknowledgement we reaffirm our commitment to working to hold Alfred University more accountable to the needs of the Seneca and of other First Nations peoples. We acknowledge our gratitude for the opportunity to work for and with First Nations people in this place, as we pay our respects to our Seneca Nation relatives on their lands.

We feel crushing sadness over George Floyd’s heinous murder last Monday. We also share the hurt, anger, love, and hope of the protestors and demonstrators who are working to bring about systemic change in the wake of the most current atrocities perpetrated upon Black people in America. We consciously recognize and acknowledge that the most recent demonstrations and protests seeking justice for George Floyd are the tragic continuation and extension of the outrage and trauma intimately connected to so many other unjustified and horrific Black and Brown deaths: Eric Garner, who also could not breathe; Michael Brown, whose hands were up; Philando Castile, who was reaching for his license; Breonna Taylor and Atatiana Jefferson, who were both killed in their homes; and far too many others.

Black men are 2.5 times more likely to be killed by police than White people are; Black women 1.4 times more likely. These disparities reflect the deeper issue that demonstrators are protesting – that Black lives have not been equally valued in this country. Such purposeful devaluation is at the heart of the Black Lives Matter movement. Alfred University supports the mission of The Black Lives Matter Global Network: “healing ourselves and each other, and co-creating alongside comrades, allies, and family a culture where each person feels seen, heard, and supported.”

Alfred University is committed to educating our community, actively acknowledging and challenging the insidious impact of bias – within our community as well as in the broader society. We unequivocally condemn both historic and modern systemic racism, where bias and power have converged violently to oppress and suppress Black, Brown, and other historically marginalized populations – whether in the form of economic discrimination, reduced access to education and health care, or the disproportionate killing and incarceration of Black and Brown individuals by the criminal justice system.

To promote meaningful opportunities for Alfred University students, faculty, and staff to protest the murder of George Floyd, we are inviting you to participate in the following community-initiated events:

If members of the faculty and staff would like to join us in endorsing these principles, we invite you to sign this resolution (below) in support of our students and our mission.

We also invite you to contact us with ideas that you might have for how we can be there for, listen to, learn from, and support our community members, especially those of color, during this challenging time while we seek to promote a more just community, on campus and beyond.

The President’s Committee on Diversity:

We, the faculty and staff, as your teachers, mentors, and fellow members of the Alfred University community,

Condemn in no uncertain terms the dehumanization, brutalization, intimidation, and murder of Black and Brown individuals in American society;

Offer our compassion and support to all members of the Black and Brown communities whose physical, emotional, and social burden continues to intensify;

Express our respect and support for those who demonstrate for justice for Black and Brown lives;

Recognize systemic racism as a persistent problem and pledge to combat it as allies no matter how we identify racially, ethnically, or ideologically;

Commit ourselves to inclusive education - which means actively and consistently confronting injustice in our classrooms (whether through the content we teach or the environment we create) and continuing to educate ourselves personally and professionally;

Support dialogue that challenges us, and provides for an inclusive curriculum that creates space for these critical conversations.

Diversity Programs seeks to engage you in a supportive community where respect, activism, and awareness are promoted in an effort to develop passionate leadership and individual student growth through new experiences, cultural exposure, and education.

Diversity Programs seeks to engage students in a supportive community where respect, activism, and awareness are promoted in an effort to develop passionate leadership and individual student growth through new experiences, cultural exposure, and education.

Having a great mission statement is not enough - here are some ways we live our mission.

Diversity Programs is a branch of the Center for Student Involvement that works closely with student organizations whose goals are centered on building multicultural competencies and understanding. These groups generally focus on race, ethnicity, gender and sexuality.

If you would like to make a report regarding discrimination or bias affecting the Alfred community, please submit a report. Reports may be filed anonymously.

President Donald Trump announced on 9/5/17 that he is ending the executive order known as Deferred Action for Childhood Arrivals, or DACA. Read a complete description of this announcement. We want to reaffirm that we are a welcoming university. Here are some resources, and we welcome outreach if you might be affected by this decision.

Resource Library (stay tuned for additional resources as we collect them)

Which resources are in place that can be utilized? 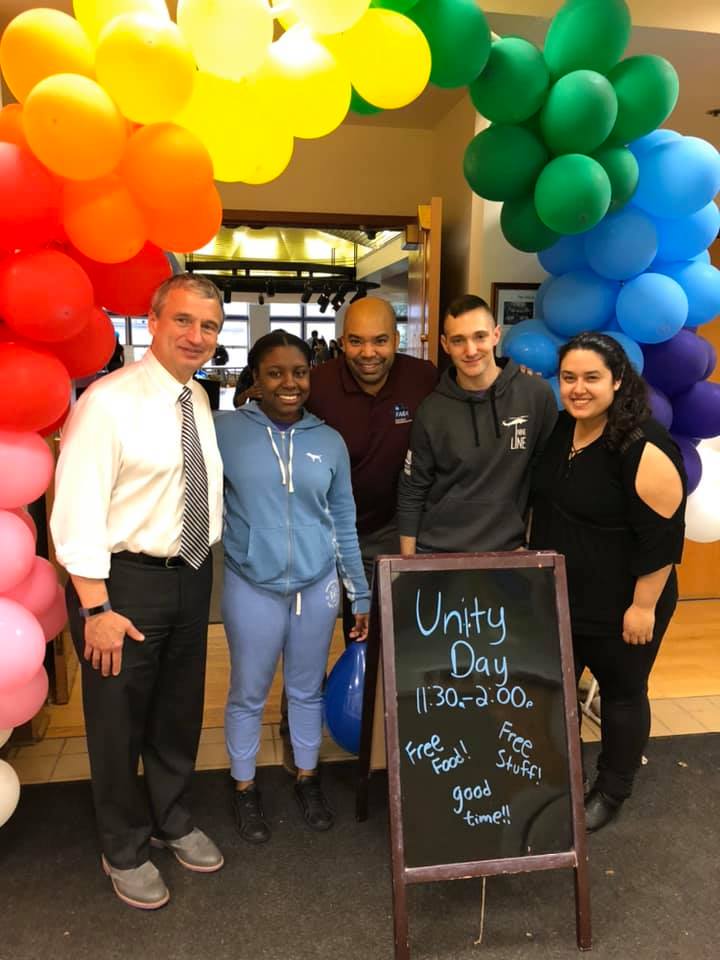 "I am not successful because I have done great things. I am bettered each day because we have all contributed to the success of our community and ou..." 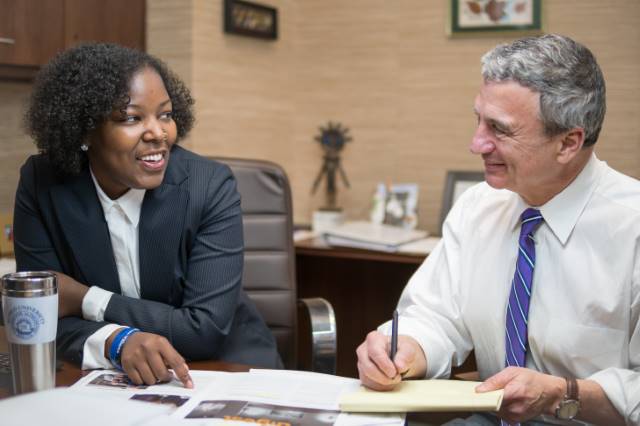 Outstanding Senior and President for the Day

"I have received endless love and support from everyone, and I could not be more grateful and proud of my decision to choose this university."